The influential blogger “Maila Baje” is the Nepalese American journalist Sanjay Upadhya, editor and author of many books.

For years he wrote blogs under the War name of “Maila Baje” on a range of issues: the Nepalese monarchy, diplomacy, the second popular movement to restore democracy, the new constitution, the Maoists and other political parties.

His pen was so sharp and his perspective so contrary to the mainstream narratives of the time that many people wondered who Maila Baje really was. Some thought he was King Gyanendra himself. Others guessed it might be former Nepalese army chief Rukmangad Katuwal. Still others said he could be Nepal’s leading journalist and analyst Mana Ranjan Josse.

Putting an end to speculation, Maila Baje finally came out as Sanjay Upadhya, editor and author of many books including, Backfire in Nepal: How India lost the plot to China (New Delhi: Vitasta, 2021).

In his release book, Empowered and Imperiled: Nepal’s Peace Puzzle in Pieces, a collection of his blog entries, Upadhya says that when he started blogging: “King Gyanendra’s royal reign was at its toughest. The Seven Party Alliance and the Maoists had signed the 12-point agreement, but so much was unclear. Geopolitics, public opinion, hope, despair, the imponderables were too numerous. As powerful as the tale of royal regression is, I never bought it – and still don’t. Our triangular fight had become too long for anyone’s good. And someone had to report it.

He says, “The pseudonym gave me the freedom to write what my conviction told me to write.”

After finding out who Maila Baje is, Bollywood actress Manisha Koirala tweeted, “My parents and I have often talked about her articles for their insights and understanding and tried hard to guess her true identity.”

Similarly, Nepal’s former foreign minister and chairman of the Rastriya Prajatantra party, Kamal Thapa, said, “Wow! The guessing game is over. Thank you Sanjay Upadhya for being consistent, articulate and most importantly putting your heart in the right place.

The book’s editor, Ajit Baral of FinePrint Books, said: “The book offers a very different perspective on the political developments that took place after the signing of the 12-point agreement between the Seven Party Alliance and the Maoists, leading to the promulgation of the new constitution.

Here are excerpts from the book on the long-running territorial dispute between Nepal and India:

A surge of patriotism has united Nepalese after India unveiled an updated version of its political map. By firmly incorporating the Nepalese regions of Limpiyadhura, Kalapani and Lipulekh into the Indian Union, New Delhi reignited a territorial dispute that had been simmering for nearly six decades.
While this isn’t the first time New Delhi has done this, there are a few twists. The release of a full-fledged official map has placed the dispute squarely in the Nepali public sphere. With China and Pakistan already implicated as litigants in this latest India map ride case, Nepal’s grievances have acquired clear regional ramifications.

And then ? Everything will depend on how the Nepalese approach the problem. The familiar slander that King Mahendra traded territory in exchange for Indian support for his active rule after the abolition of multi-party democracy has returned to the debate. There is little value in beating this drum other than, say, foiling attempts to revive the monarchy as the defender of the Nepalese nation. 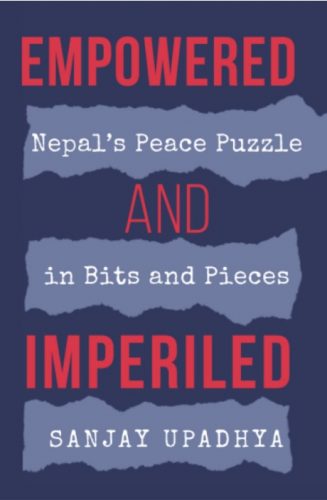 Even there, the scheme may have run its course. The failure of successive elected governments to lift a finger to demand the return of the territories has forced the Nepalese to dig deeper into the context and circumstances surrounding the dispute. Given the nature of the regime around 1962 – when India allegedly began to occupy Kalapani as part of its war with China – a single Nepali figure could best address the issue. He left the world in 1972. The credibility of anyone claiming to speak on behalf of King Mahendra or his regime is bound to be compromised by the deep partisanship surrounding the monarch.

One cannot expect New Delhi to be clean without tackling the “quid pro quo”. Even if King Mahendra had traded the territories, the fact remains that India was the beneficiary. Given New Delhi’s constant claims to have championed Nepalese democracy, Kalapani is not a Pandora’s box he would open. The massive rejection of the Kali River, identified as Nepal’s western border under the 1816 Sugauli Treaty, would put India on a slippery slope. This treaty, which Nepal signed with British India following its war-induced dismemberment, is unique. India cannot consider choosing its provisions without tipping the scales in favor of (Greater?) Nepal.

Despite the controversy surrounding the text of the Nepalese government’s response to the release of the Indian map, Kathmandu has firmly asserted that it considers Kalapani to be part of Nepal. Our statement from the Ministry of Foreign Affairs added that “any unilateral action along the Nepal-India border will be unacceptable” since the two foreign secretaries have already been tasked by the Nepal-India Joint Commission to find a solution to the border disputes. unresolved in consultation with border experts. .

New Delhi also accepted the latter position. While insisting that his new map has in no way revised India’s border with Nepal, a spokesman for the Ministry of External Affairs also conceded that the delimitation exercise with Nepal is in progress. course under the existing mechanism.

So far, so good. Beyond official channels, however, there is enough potential for mischief on both sides. In Nepal, the temptation to play politics has proven irresistible, especially at a time when unity of purpose is most needed. As alluring as the one-upmanship may be in these politically charged times, it doesn’t matter which Nepalese leader has raised the issue with which Indian counterpart, unless government-to-government channels are activated to seek a solution. Nor can we afford to subvert our cause by obsessing over the fact that all political factions across parties have been complicit in this national wound.

On the Indian side, the potential for malevolence has taken a new turn with the claim that Kathmandu this time is somehow driven by vested interests of third parties. Then there is the attempt by sections of the Indian media to play on the angle that China has encroached on Nepalese territory.

Admittedly, New Delhi opened up multiple breaches with its new map, and it had to consider ways to bridge them. Nepal’s position is rooted in its understanding of the Sugauli Treaty and its delimitation of its western border. If questions about the “ridge lines” or the “origin” of the Kali River have emerged, they have subsequently done so in a way that does not affect Nepal’s understanding and adherence to the Sugauli Treaty.

How Nepalese territory ended up in the Sino-Indian bilateral trade deal in 2015 needs to be considered separately and together with India and China. There is already too much going on to cloud the air on the outside, to obscure the problem and present Nepal with a fait accompli. Excessive public chauvinism at home, at the cost of patient bilateral – and, if necessary, international – diplomacy could prove extremely counterproductive.

A plus-size passenger who went viral on TikTok for slamming travel seat sizes has revealed she receives thousands of hateful comments a day. Kirsty Leanne, 29, from Shropshire, has already made headlines after sharing her experience flying with Ryanair, where she complained about the size of the seats. She shared a video on TikTok (@kirstyleannetravels) […]

Want to be a full-time blogger but struggling to grow your readership? Maybe you haven’t even started, but see your potential as a great writer. The good news is you’ve come to the right place. Your parents probably don’t understand what you’re doing, but society is growing, so don’t be shy. The Huffington Posta news […]

MADISON, Wis. – Two members of the media walked into MC’s Dugout in downtown St. Cloud about 10 years ago looking for Chuck Schwartz. It wasn’t his real name, of course. Chuck Schwartz was an alias for Vince Vaughan’s character used in the 2005 film Wedding Crashers and the pen name of this mysterious man, […]